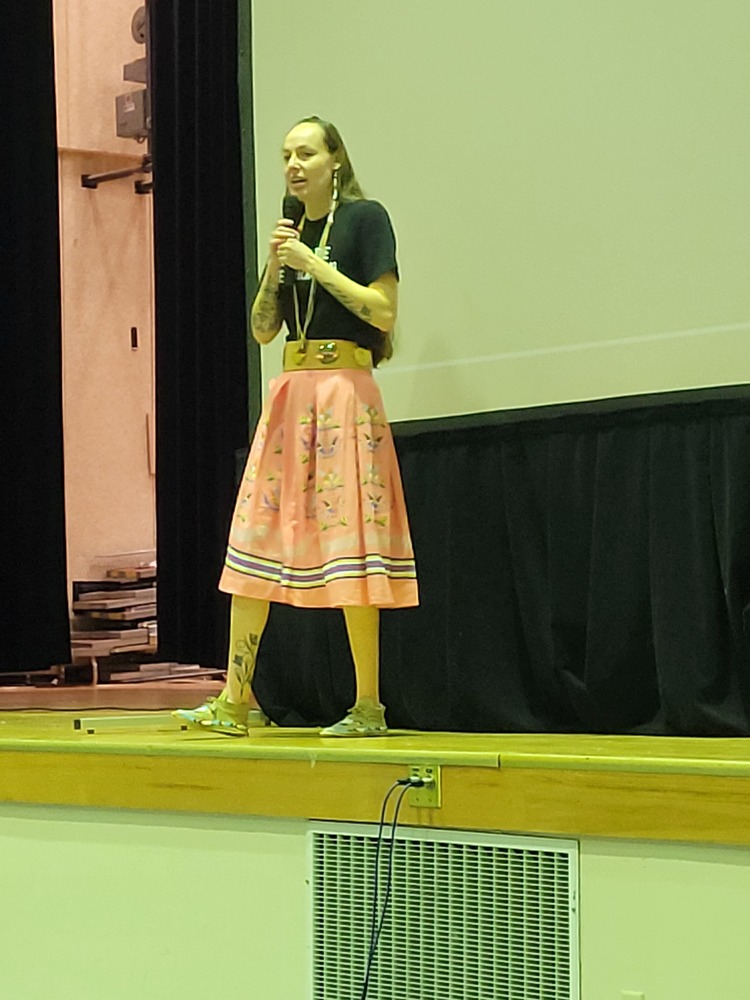 Today grades K-12 in Colstrip Public Schools enjoyed a visit and presentation of Cinnamon Kills First's children's books, Master's thesis documentary, and contribution to an anthology.  Cinnamon is from Lame Deer, Montana, and attended school in Colstrip from grades 2-6 until transferring to school in Lame Deer.  Cinnamon earned her Bachelor of Arts and her Master of Arts in Liberal Studies from Dartmouth College. She also earned her Master of Fine Arts in English from the Iowa Writers' Workshop, where she specialized in fiction. Cinnamon has produced three documentary films, has three children’s books published with Scholastic, and has an entire Native Physicians profile series publishing in 2023 with Mayo Clinic Press. Cinnamon grew up in Lame Deer and currently lives in Portland, Oregon. Some very lucky students at all grade levels took autographed copies of her work home when their names were pulled from an envelope in a drawing.  It was a joy to have Cinnamon here for the day and she touched many people with her shared stories.