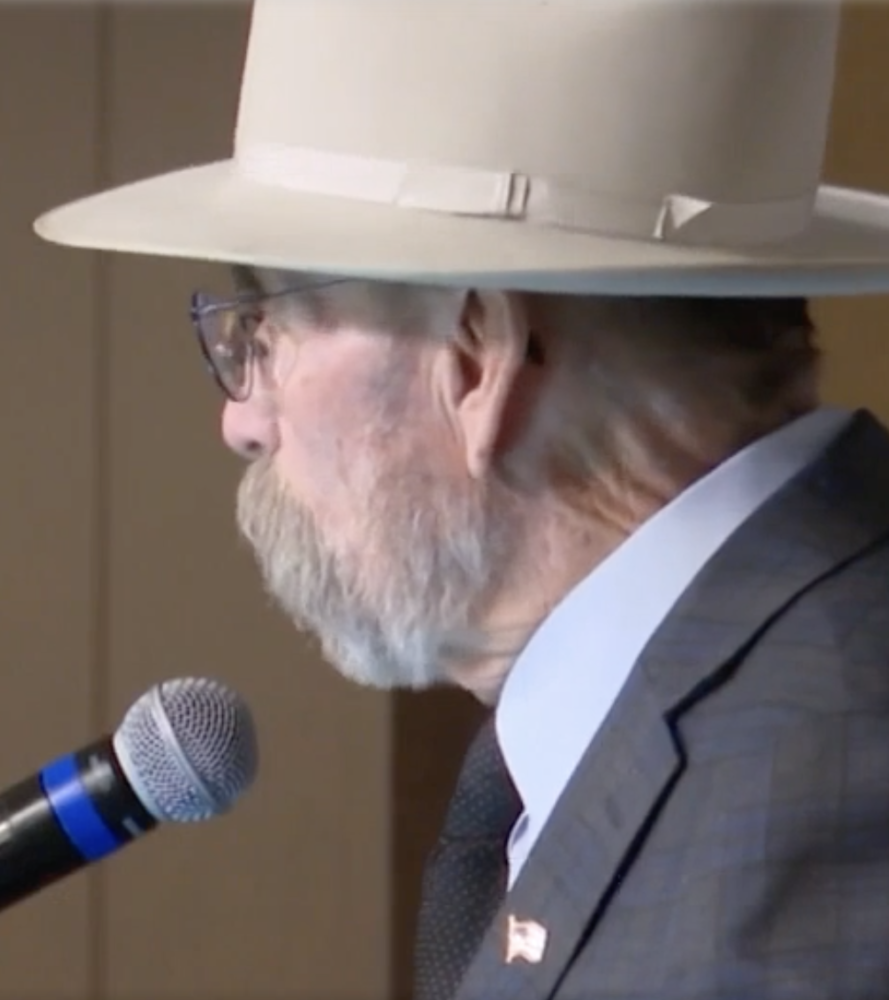 It was a pleasure representing the District and celebrating Colstrip at the Colstrip Legislative Reception held Monday night at the Great Northern Convention Center in Helena. Our District was one of thirty co-sponsors for the event.  The event provided co-sponsors a venue to discuss concerns and opportunities with legislators. More importantly, it was an extraordinary night of honoring former Senator Duane Ankney.

Speakers included the former Senator, Senator Jason Small, Senator Barry Usher, Representative Gary Parry, Representative Paul Green, Mayor John Williams as well as Governor Greg Gianforte. Their greetings echoed the part that Colstrip plays in energy and service to the State of Montana and the greater United States. The reception boasted about the Colstrip community and the hard working and dedicated people that live here.

If hearing about the great things that Colstrip has to offer wasn’t enough, NorthWestern Energy announced that Avista would be transferring its interest in Units 3 and 4 at no cost to NorthWestern Energy by the end of 2025. The deal would give NorthWestern authority to use up to 444 megawatts of power from Units 3 and 4, double its current share. NorthWestern believed that the deal provides certainty for the community of Colstrip and Montana. That message resulted in one of a number of standing ovations.  For more information go to: https://www.ktvh.com/news/nort...

The final standing ovation was given to Former Senator, Duane Ankney for his dedication and service at the legislative level since 1987. It was a great night for Duane and a great night for Colstrip. It was an evening that would not have taken place without the organizational efforts of Jim Atchison and the South Eastern Montana Development Corporation. Thank you one and all for the opportunity to celebrate our community!